Every year global and national leaders convene for the General Assembly of the United Nations (UNGA) to discuss the sustainable development goals. Education is the fourth of these goals coming after poverty, hunger and health. Whether all children have access to a quality education will determine the prosperity, security and growth of our world. Yet, millions and millions of children continue to be failed.

Shannon May, Co-Founder of Bridge Liberia , was delighted to talk about the importance of public and private sector collaboration in strengthening and transforming education systems as the UNGA keynote speaker of Business Fights Poverty.

Five years ago, it was more likely that an 18-year-old girl in Liberia would be a mother than be able to read.

In Nigeria, 10 million children were reported out of school, primarily in the Northeast due to Boko Haram and in the Southeast, where government education provision was so abysmal, and jobs so few, human trafficking of girls to Libya and Italy is at crisis levels.

Hearing  these statistics makes most people pause. Go there yourself, and you will cry. I have cried.

At Bridge Liberia , our purpose is to follow the data to where schools are failing on their promise of delivering social justice, and to right that wrong, by empowering teachers and school leaders to leverage learning science and effective management to run transformational schools that Bridge Liberia  the achievement  gap—every day, everywhere.

The problem in a learning crisis is neither the child or the teacher, but the system.

The problem in a learning crisis is neither the child, nor the teacher, but a system that fails them both.

When you hear the big numbers, it can be hard to understand them, hard to imagine what creates a world in which some  300 million children are in school and not learning, and millions more are not in school at all. The reasons are more banal than you may realise, easy to identify, but require systemic change to solve.

Almost 15-years ago, I was a teacher in a government primary school in China, typical of its time and place. There was no internet connection, only half the teachers had been through any formal training, and those that had were not considered high-performing, which is why they were sent to this rural school. It was the only school in the village. From Grades 1-6 half the children dropped out. It was not that there was no school; they were choosing not to go. As an anthropologist also studying the economic and political transformation of the village, I went to find these children. Where were they if not in school? They were not hard to find. On any given day, they might be helping at home, tending farm animals, plowing or weeding, or sewing clothes and blankets, or for some of the 12-13-year-olds, sent as an apprentice on a construction site or mechanic shop elsewhere in the Province, following a father, uncle or cousin. Parents and even children described these choices as a simple matter of opportunity—there was opportunity to learn and contribute in work, but the school was a dead-end. Checking 5-years worth of enrolment and graduation data, the parent’s perception was proven correct: only 1-2% of children went on to secondary school, because only that amount passed the test. So, if you were going to fail the test in Grade 9, why waste time in grades 4-9, that could be used to develop useful skills or earn money?

So here, in this village was a microcosm of the big statistics spoken about so often here on the sidelines of the UN General Assembly: children in school not learning, and then, children not in school at all. What was clear to me as a teacher and an anthropologist was that the problem was not primarily lack of infrastructure (although that is an easy, photogenic action to take that is often mistaken as a solution), but lack of rigorous and continuous teacher support (which does not always photograph well, is inexplicably politically controversial, and has to be relentlessly measured to know if it has any impact at all.)

Our contribution to the SDGs  at Bridge Liberia  is our core business: leveraging the science of learning and using data to manage performance with one very focused goal: ensuring schools become what they are intended to be: places where every child learns, regardless of parent income or education, where children’s minds are awakened and hearts expand, and the foundations of future peace and prosperity are built. This work happens in complex ecosystems, in collaboration with local, state, and national governments; with community organisations and religious leaders; with teachers’ unions and with parent’s rights organisations.

The research we have done into learning science and developing and testing effective methods has been made possible by development finance institutions such as the CDC and the IFC. We’ve expanded the geographic reach of our service through contracts with DfID and various state and national governments. Philanthropists have been critical to bringing services to fragile, post-conflict areas, and areas still under threat of violent extremism.

Any work in government schools and in community schools requires careful collaboration. Yet, because of this, because how teachers are supported to succeed in their mission to empower children to learn, and sometimes even knowing whether children are learning or not, is often politicised, education is often the most critical area of development with the least productive engagement from the private sector and civil society.

The solution is not to tell teachers to “just do better”

Spending more money on something that is not working,   simply does not work. It does not change behavior — and it is behaviour of everyone who supports schools and works in schools that has to change, if we are to change children’s learning.

Achieving SDG4 will take more than money—it will take courage. The courage to look openly and honestly at the state of our government schools, identify what current incentives and systemic structures in education systems lead to dysfunctional schools, and the courage to work in partnership with other government bodies, finance institutions, civil society, teachers unions and the private sector to unravel those dysfunctional knots and together re-knit a tapestry of support for teachers daily practice.

President Sirleaf, the former president of Liberia, had the courage to act, and ask private partners to bring rapid improvements in learning, through intensive school management and teacher support programs. In schools supported by the program she started, 88% of 5th graders can now read, including girls. In Borno State, the government is re-opening schools with support from donors and school management partners to serve children displaced by Boko Haram, and girls and boys are learning again. Across Nigeria, Governors are looking to the example of EdoBEST, where a state-wide program led by the government with support from technical partners has shown demonstrated improvement in learning in just the first year of the program, and a 22% increase in enrolment in government schools. Across these cases, the government faced up to a dire situation, to the learning crisis at home, and had the courage to ask for support for teachers, school leaders, and themselves.

We need to be relentless in our service to children and their families, working where they need us, to support children who otherwise are being left behind to stand up, to move forward, and to succeed in life.

We need to be bold, and work with urgency because the time it takes for a curious and hopeful child to become a disaffected and angry adult passes in an instant.

We need to work at scale because while each child’s development is important, it is by empowering the development of a generation that we will transform an otherwise limited and bleak future into a bright and prosperous one.

We believe that everyone involved in education needs to work together; to be willing to support teachers in their practice,  and to make evidence-based decisions to drive policy.

Now is no longer the time for talking. It is time for action. It is time to put aside any differences and do everything we can today, to ensure that we do not fail another generation of children tomorrow.

By acting together, we will achieve the prosperous and secure future we all want.

By acting together, with the public and private sectors working in harmony, leveraging each other’s strengths, I know  we will achieve the prosperous and secure future we all want. 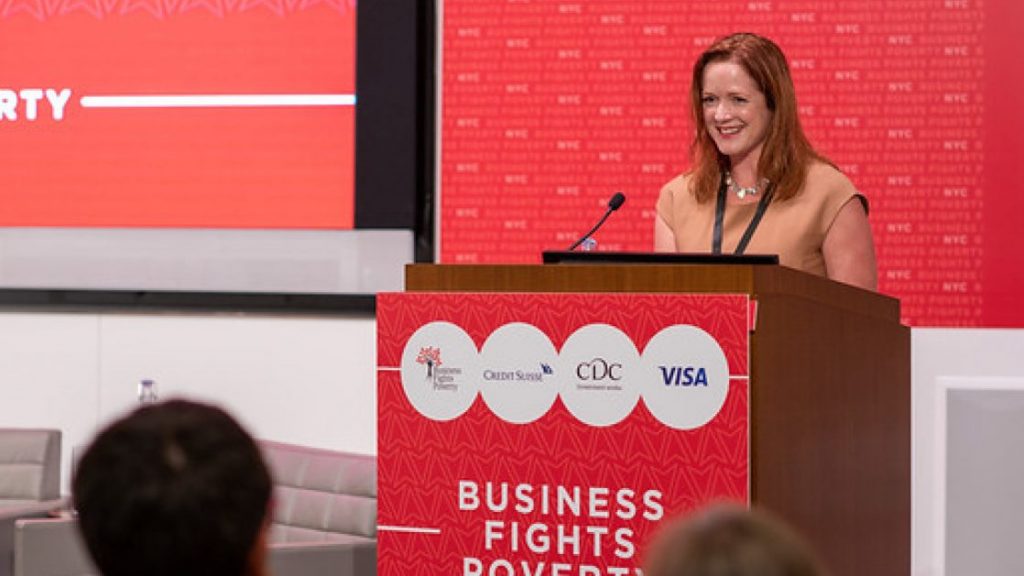